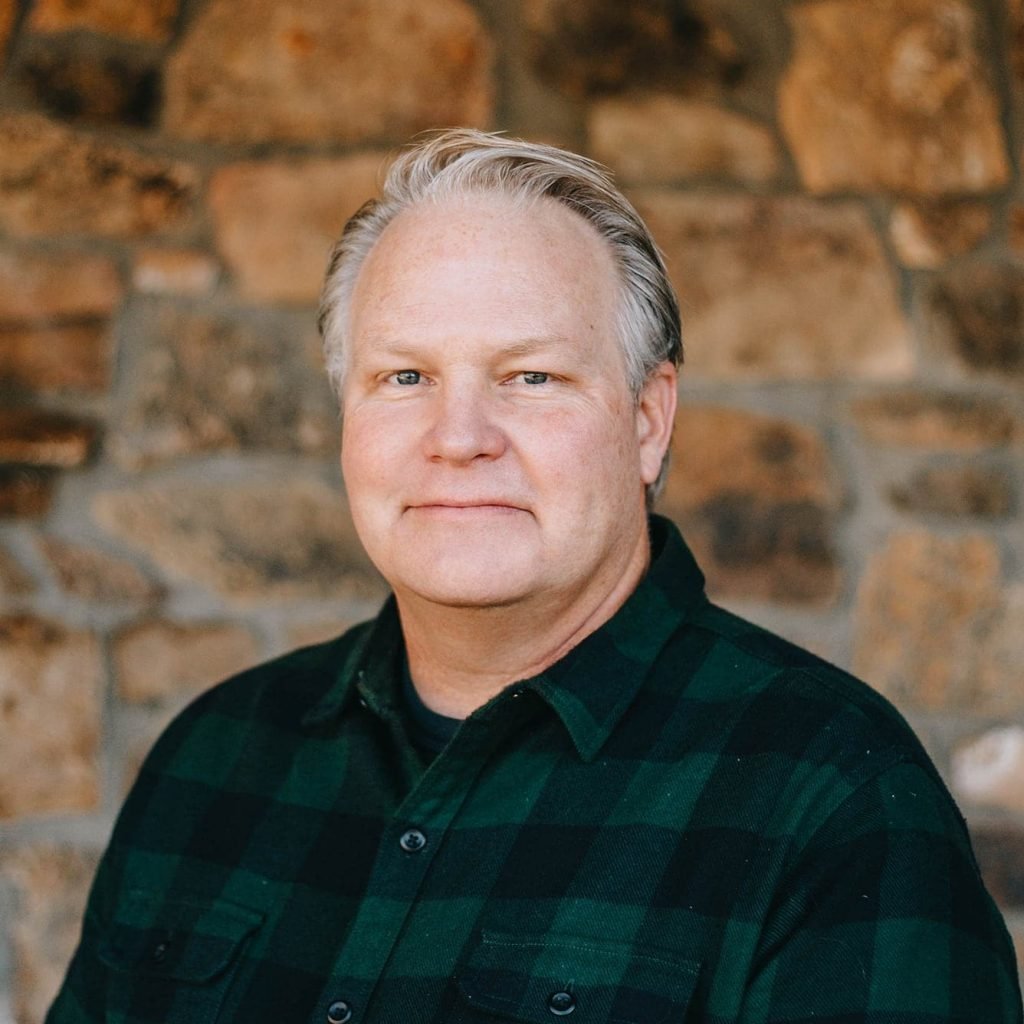 Jason came to Camp Siloam in 2010 from Jonesboro. While in Jonesboro Jason spent 9 years with the City of Jonesboro as Parks and Recreation Director. Jason supervised the implementation of a city-wide vision of parks and recreation; overseeing millions of dollars of new improvements to the parks system. Jason has also served as an outdoor adventure guide and an NCAA compliance coordinator for Arkansas State University. Jason has a Bachelor’s degree in Journalism from Central Michigan University and a Masters Degree in Athletic Administration from Ohio University. Jason was an all-Mid American Conference defensive linemen while at CMU (’88-’92). As a student-athlete Jason served on the NCAA Student-Athlete Advisory Committee for four years. Jason married Dr. Julie Wilkie in 1997. Jason and Julie have three adult children Duncan, Quinton and Lillian.

Scott was born and raised as a pastor’s son in the state of Arkansas. He graduated from The University of Arkansas in 2001 with a degree in recreational therapy. After graduating, he served churches in Mississippi and Georgia and attained a master’s degree from New Orleans Baptist Theological Seminary. He married his wife Dru in 2005. They have 3 children. Scott has served as student pastor at First Baptist Church Powder Springs in Powder Springs, Georgia for 14 years. During that time, he developed a passion for camp and helping students draw closer to Christ through a camp setting. The Maxwells are faithful Razorback fans. 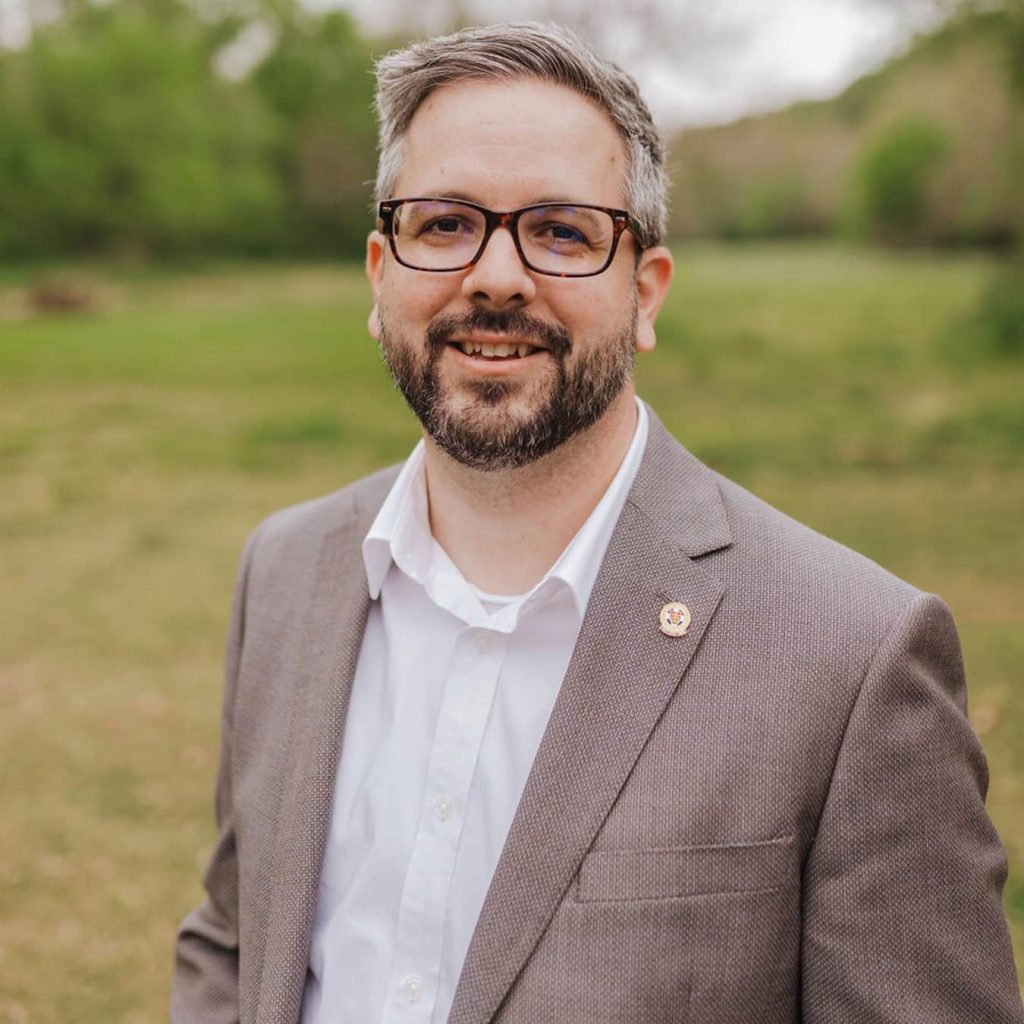 Chad grew up in Fort Smith Arkansas attending First Baptist Church where he was saved at the age of seven at Vacation Bible School. After graduating high school, he moved to Kansas City where he worked for Bibleman, a live action kids show that shared the gospel with kids all over the U.S.

Once his traveling days were over, he was the media director for FBC Bentonville where he married the love of his life, Mandy. While at FBC Bentonville, Chad and Mandy have had 3 wonderful children. At this time, he also had the opportunity to finish his bachelor’s degree at John Brown University and his Master of Divinity from Southern Baptist Theological Seminary. Chad served as the Kid’s Pastor at FBC Bentonville from 2016-2021. He is excited to be a part of Camp Siloam and can’t wait to see how God uses Camp in the next century. Josh grew up in Booneville, AR. He graduated in 2011 from U of A Fort Smith with a B.A. in History and Political Science. During his time at U of A Fort Smith, Josh met his wife Devin at the Baptist Collegiate Ministry. They both served as summer camp staff in 2011. They have been married since 2010 and have two daughters. He obtained a master’s degree from Southwestern Baptist Theological Seminary in 2018. Prior to coming to camp, Josh served in children and student ministry at churches in Arkansas. 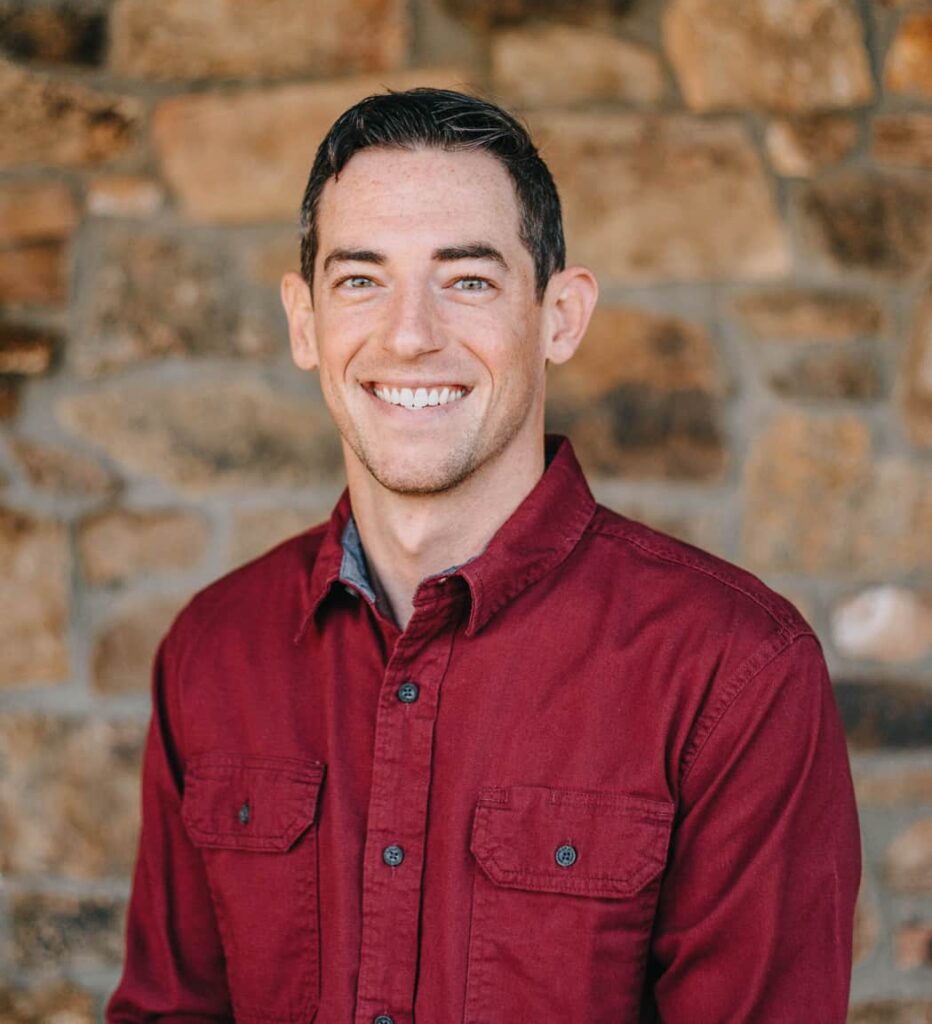 Cody has served as Program Manager since September of 2018. Prior to that, he served on summer staff at Camp Siloam for 4 summers while in college where he was on the rec team and a Spirit Leader. Cody graduated from Arkansas State University – Jonesboro in 2015 with a degree in Radio/Television. While involved with the Baptist Collegiate Ministry in college, he was also a Student Digital Media Correspondent for the Sun Belt Conference, In-Game Host for Arkansas State Athletics, and served in the Media Relations/Digital Media Offices for Arkansas State Athletics. He has also served at Walnut Street Baptist Church in Jonesboro as an Assistant Director of Upward Basketball and with the youth group at Calvary Baptist Church in his hometown of Huntsville, Arkansas. Cody has an identical twin, Clint, and a younger brother, Mack. 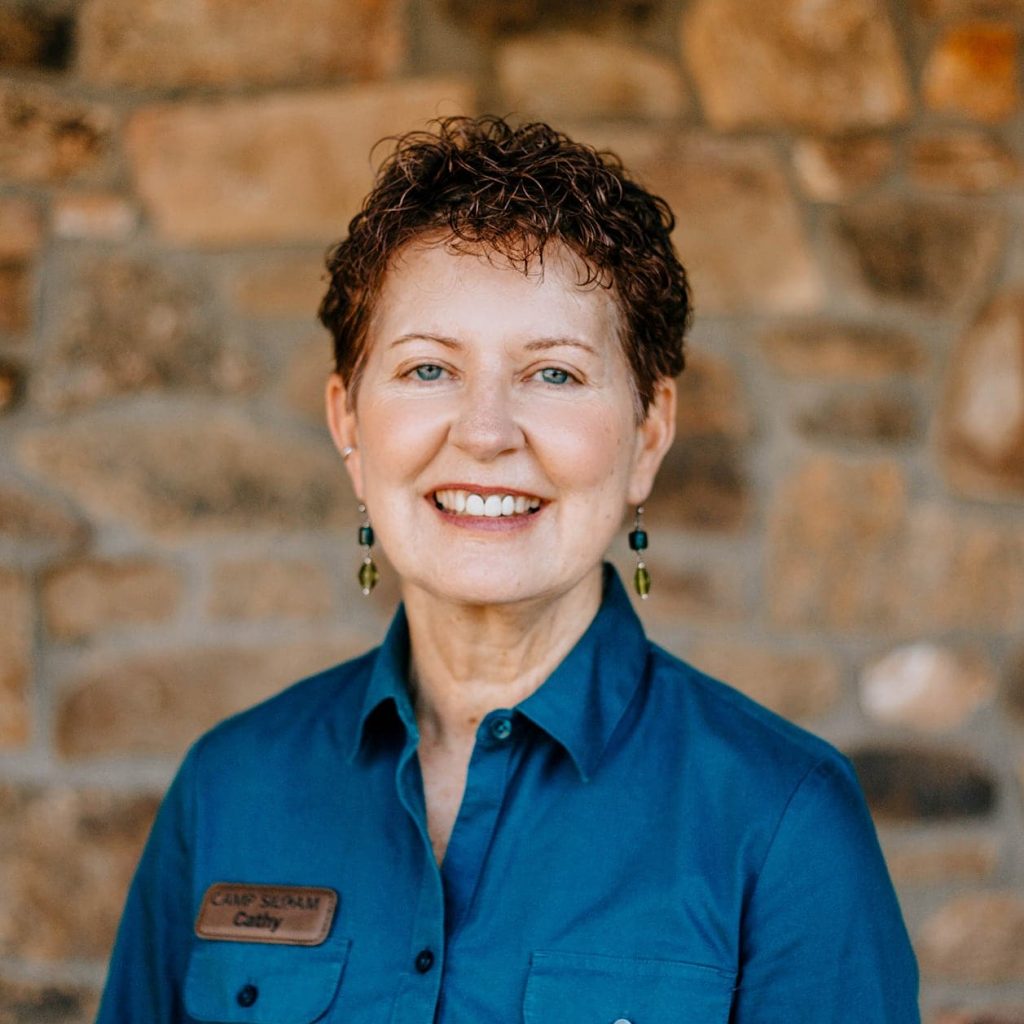 Cathy Flack, Advancement Coordinator, came to us by way of John Brown University. In 2020, she sensed the Lord calling her in a new direction. Through a series of amazing circumstances, He sent her to Camp Siloam. She is passionate about prayer, discipleship and now about camp! Working with her husband David, Camp’s Finance Manager is an exciting new part of Cathy’s third year here. David and Cathy have three grown children and are completely overjoyed with their grandsons. Starting a conversation with Cathy is easy, just ask her about gardening for butterflies. 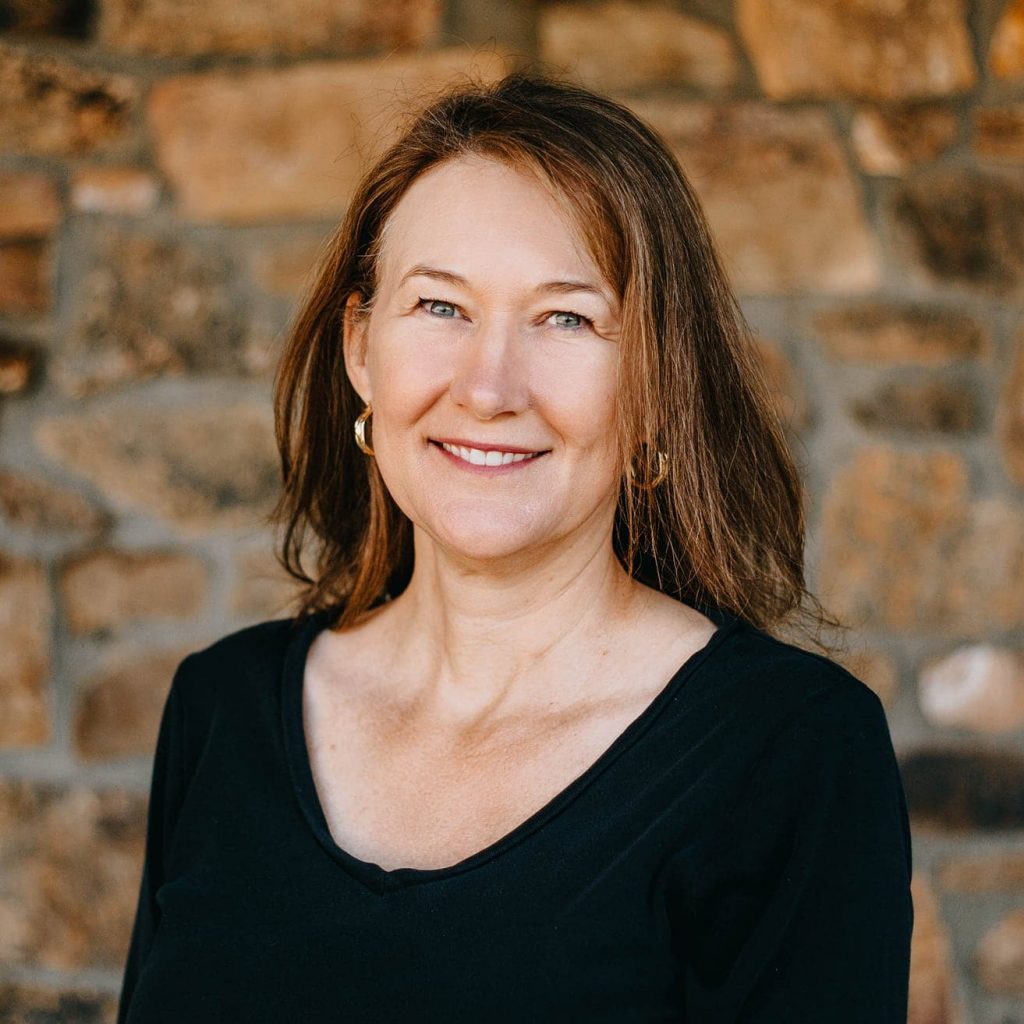 Julie is an OB/Gyn doctor who practiced in her hometown of Jonesboro AR for over 10 years prior to God calling her to Camp Siloam. She has volunteered at Camp in a variety of roles including first aid, the Hub, small group leader, office assistant, special projects and housekeeping but mostly loves pouring into the Hometeam families. She has continued to serve patients part time thru the Washington Regional HerHealth Clinic in Springdale. She recently joined the Mana Renaissance Women’s Health Clinic to return to full time work. Martin was born and raised in Dallas, Texas but has made his home in NW Arkansas (Siloam Springs) for the past 30+ years.  He graduated from John Brown University with a degree in organizational management.  He brings 16+ years of food service experience, having owned 2 restaurants and most recently served as the food service coordinator at New Life Ranch before coming to Camp Siloam.  He loves leading his kitchen team and creating a fun environment where staff can learn and grow in serving the Lord by creating great food. He’s active in men’s bible study, small group and his church.  Martin and his wife Lanna have three grown children living in Oklahoma, Texas and Washington.  Let’s Eat! Billy grew up in the small town of Decatur, Arkansas, 12 miles from Camp Siloam. After graduating from NTI with a degree in heavy duty equipment maintenance, Billy found himself working for McKee Foods.  Shortly after this, he married the girl across the street. He and Beth have 6 children and 6 grandchildren. Following a call to ministry (during one of his many years at Camp Siloam), Billy left his 34-year job and became an ordained Baptist pastor. As part of the ministry journey God has placed him on, Billy was called to Camp Siloam in 2021, where he has been applying his many years of knowledge in the areas of maintenance, safety and management. 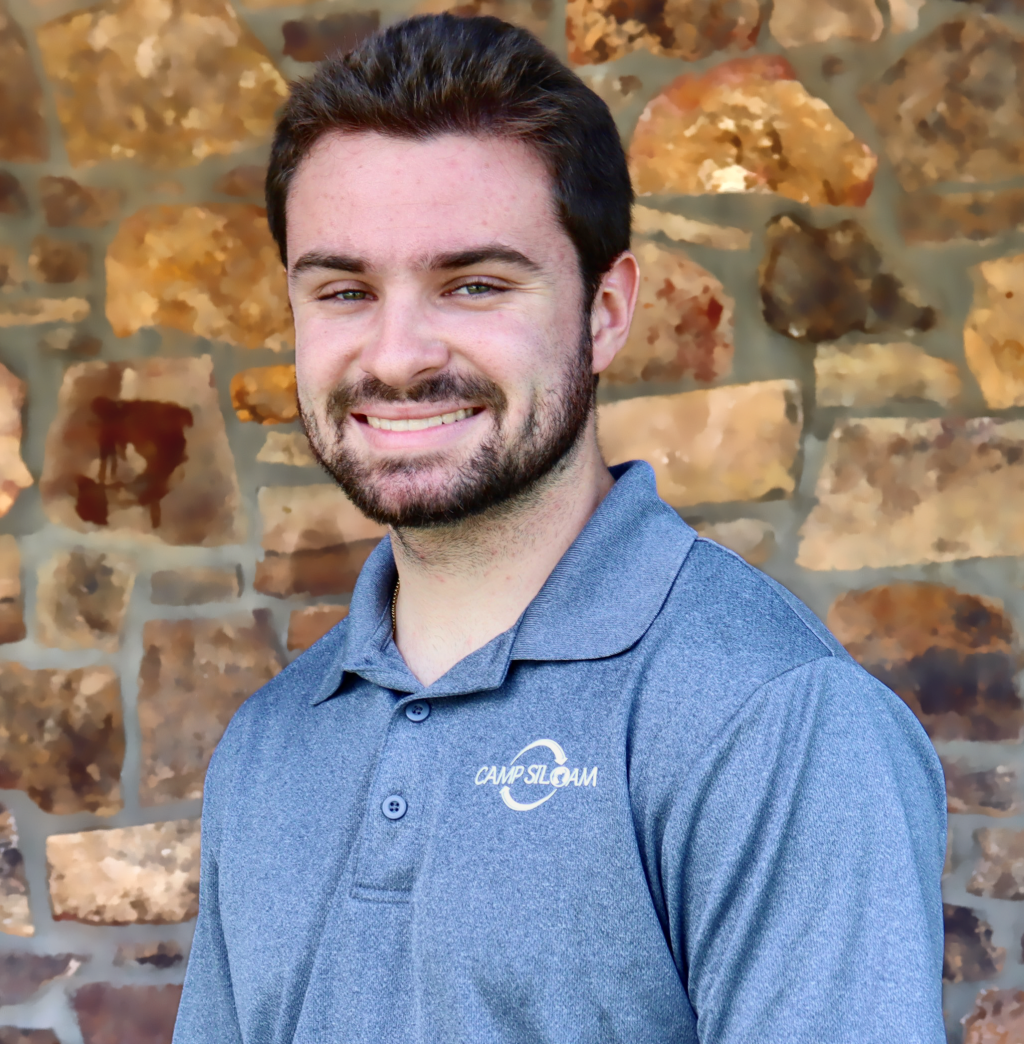 Mitchell grew up in Van Buren, Arkansas. He graduated from Ouachita Baptist University with a B.A. in Mass Communications and a minor in Business Administration. Mitchell spent the summers of 2021 and 2022 as Summer Staff working on the media team as a videographer.  After serving his second summer as Summer Staff, he felt called to the ministry and joined the Home Team Staff, managing marketing for Camp Siloam. Mitchell loves the Lord, his family, photography, and Waffle House. 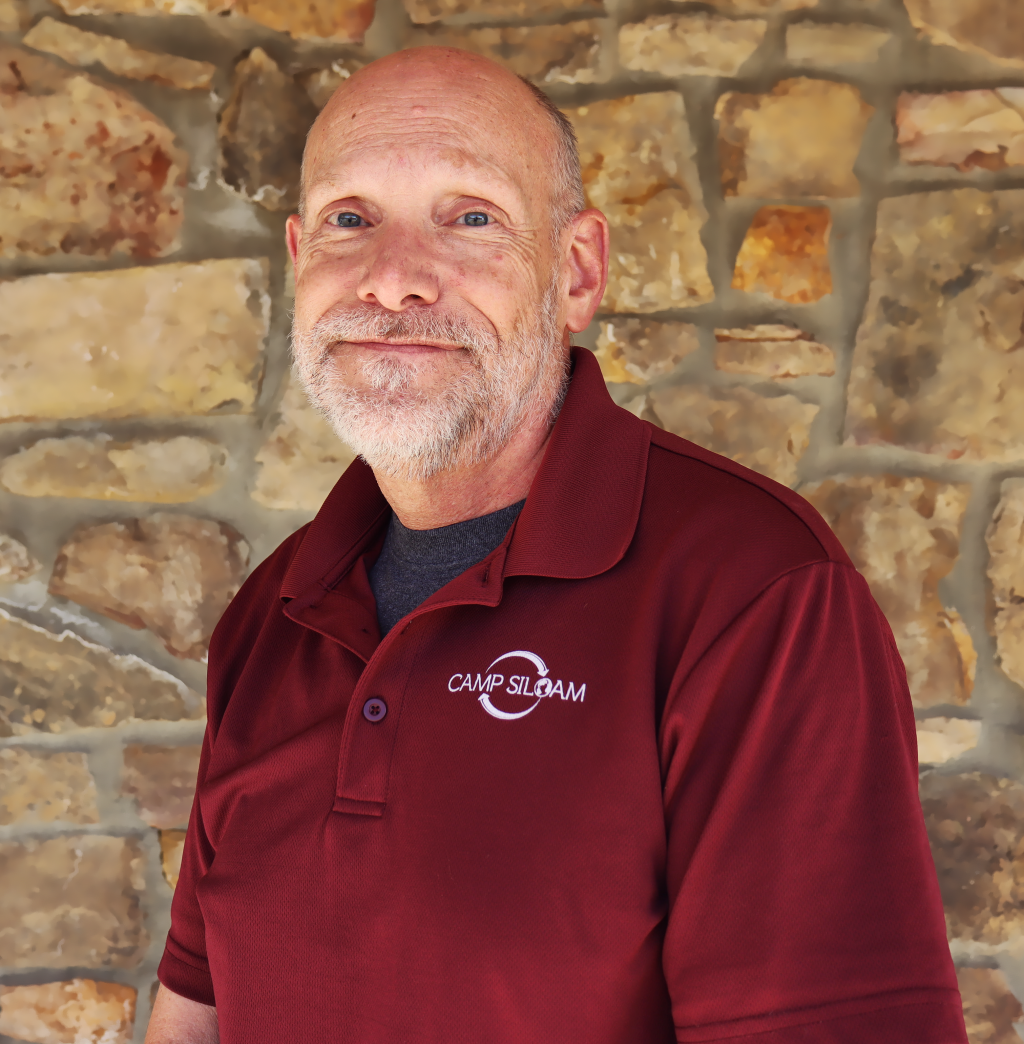 Dave started volunteering at Camp Siloam the summer of 2022 after stepping down from the pastorate and 30+ in full-time ministry at a local church. He stepped into the role of Finance Manager the first of October and is enjoying accounting and balancing every minute of his time at Camp Siloam. He loves working with amazing Christ driven, Gospel orientated people, especially his beautiful wife of 40+ years – Cathy. Dave graduated from John Brown University with degrees in Bible and Business and received his Master of Accounting from the University of Arkansas. He has three incredible grown children and two amazing grandkids. He loves taking about the Bible, discipling and anything concerning football and hockey. 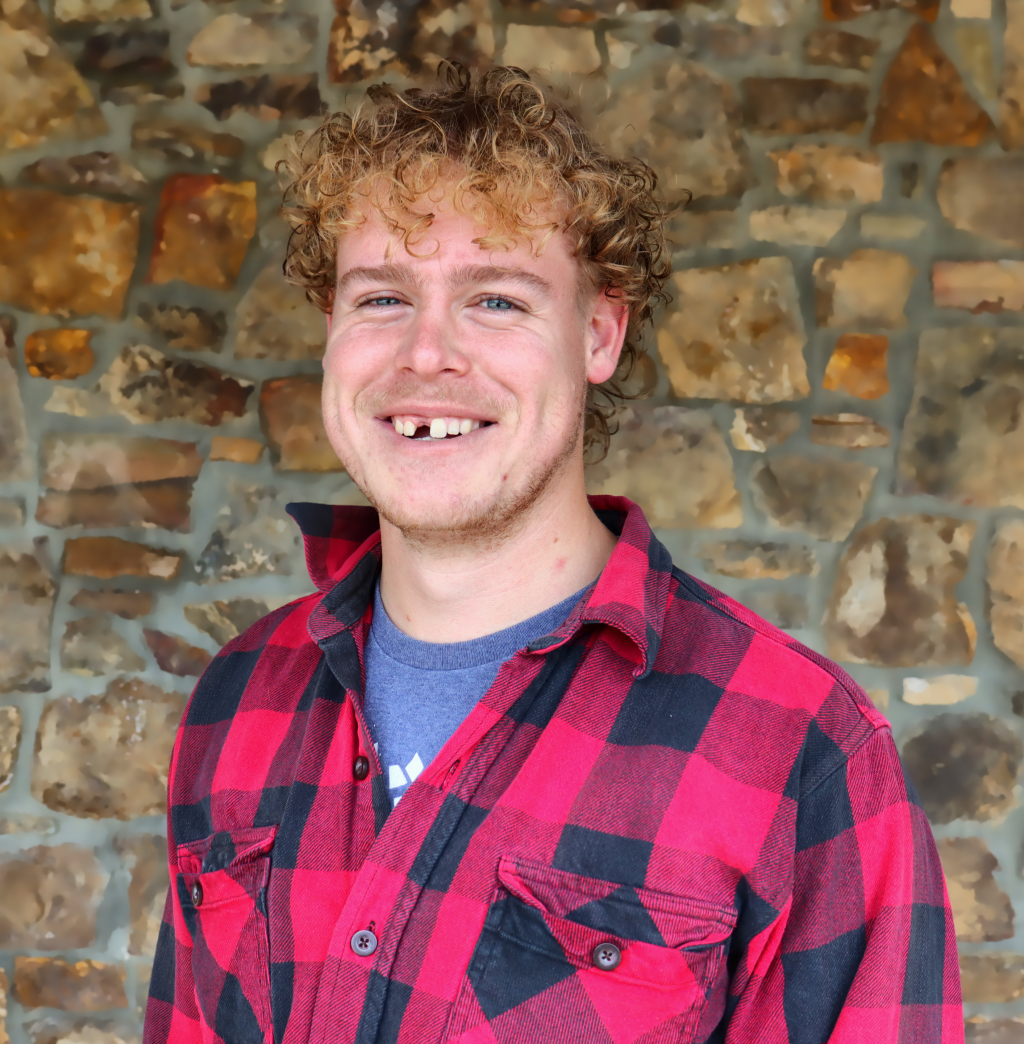 Alex was born and raised on a farm in north-east Indiana. He graduated from John Brown University with a degree in Outdoor Leadership and Ministry and is currently working on a Masters degree in Outdoor Program Management. Alex spent 3 summers working at a summer camp in northern Wisconsin called HoneyRock, where he discovered his call for ministry, specifically in an outdoor context. While at HoneyRock, Alex developed a love for wilderness guiding and has guided part time for the last 2 years for an organization out of Tulsa called Long Walk. He spends more time in canoes and whitewater kayaks than anything else, but also loves to rock climb and find other excuses to experience God’s creation in the wilderness setting.

Experience the peace and hope of Jesus Christ.

We know that Camp Siloam will be more effective if we have an army of Prayer Warriors praying for Camp. Are you ready to be a Prayer Warrior? To sign up, complete the form below.